A Different Kind of Summer

Summer 2020 proved how flexible and creative Marist students can get 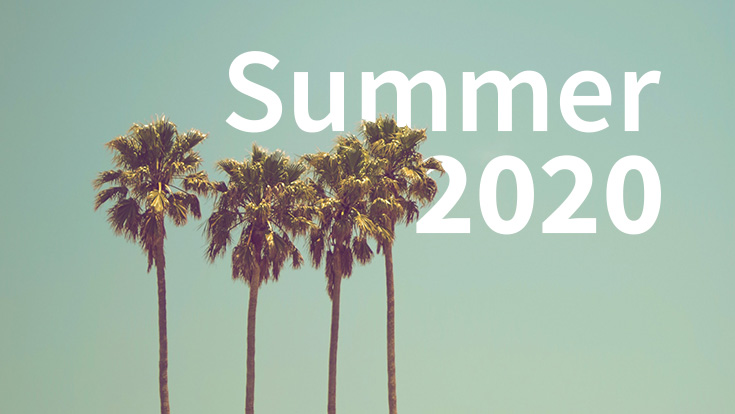 When students think of typical summers, they think of leisure and time off of school. Marist students, however, are no ordinary people, and they often prefer to stay busy in the summertime. This summer, Marist students felt another repercussion of the ongoing pandemic as their summer plans disappeared. Despite this challenge, many resourceful students quickly pivoted and sought out new opportunities.

Many seniors agree that the summer before senior year is of great importance. College visits and internships can provide insight into what seniors want in a college and as a career. Yet with social distancing restrictions, none were available this year.

Clare DiBiase ‘21 had a busy summer lined up with a psychology research internship and trip to colleges in New England. Similarly, Clare Seymour ‘21 secured an internship in civil engineering that, unfortunately, was cancelled. “I wanted to have some experience [in this field] before making a college decision,” said Seymour.

Colleges understood the tribulations of no visits and offered various virtual options, exploring both college and career paths. DiBiase said that although it was disappointing to not visit schools on her list such as Boston College, she had the opportunity to explore distant schools within the comfort of her home.

An avid debater, Anthony Ovadje ‘21 was scheduled to attend a summer debate camp in Boston that was cancelled. Although he was disappointed to miss the in-person experience, he was fortunate enough to have an alternative virtual camp. Instead of casually interacting with other debaters in-person, he played video games with his fellow debaters virtually. Ovadje says that this experience gave him new ways to interact with far-away friends.

Maeve Miller ‘23 was disappointed when she couldn’t see her extended family because her family beach trip was cancelled. Nonetheless, there was an upside, as the opportunity to visit the Highlands with friends appeared after the cancellation.

With her love for animals, Maggie York ‘23 was saddened at the closure of the Atlanta Zoo, where she holds an internship. However, she was “surprised to learn that [she] could log dozens of hours virtually.” Even from her own home, York continued to educate the public about the zoo’s animals through virtual platforms such as Zoom.

As an active member of Marist’s Latin department, Colin Molloy ‘23 was looking forward to attending Marist’s Rome trip. After its cancellation, he decided to watch as many movies about the ancient empire with his newly-found free time. “When I go on the rescheduled trip in 2021,” he says, “I’ll know all there is to know about Rome!”

Charlotte Paine ‘23 was excited to get outdoors with Camp Woodlands, but it, too, was cancelled. Yet, had it not, she never would have “had the job of a lifetime working at Bruster’s Ice Cream.” Paine enjoyed learning about dealing with money, but she also says that the “many cups of free chocolate ice cream” was a terrific benefit!

Varsity Tennis player Caroline Roche ‘21 had been looking forward to a University of Georgia Tennis Camp all year, and when it was cancelled, she was “saddened to hear the news but quickly moved on.” Roche decided to write “quarantine letters” to friends, make money nannying, and even scored a beach trip to Fripp Island. Overall, “it was an unusual but fun summer,” said Roche.

Christian Conte ‘21, a Student Council member, was disappointed when the annual Student Council trip to CADA, a California leadership camp, was cancelled. However, he loved participating in a virtual format that “helped many StuCo officers and leaders plan and brainstorm ideas for this weird year.” He notes a bright side of the pandemic was gathering with his extended family via Zoom every Sunday evening, a new tradition that keeps them all together during these trying times.

Moira Ujda ‘21 was selected for the prestigious Governor’s Honors Program and had an internship with the American Civil Liberties Union. “I was disappointed that [everything] that I had been looking forward to and opportunities to learn a lot were cancelled,” said Ujda. She pivoted, however, and participated in the ACLU’s virtual weeklong Summer Advocacy Institute and learned new information about human rights issues.

Although this summer was not what most expected, many say they were at least grateful for more free time. “Marist students always want more time,” Ujda says, “and this summer there was nothing but.” The innovative senior decided to work on her sewing skills and finished several books that she had never had time to read. Seymour echoes Udja in saying she loved the “simplicity of the summer” after a packed and stressful junior year.

Overall, the summer of 2020 proved that Marist students are flexible and innovative. Throw anything at them, including a pandemic, and Marist students manage to overcome.