The Marist War Eagles defeated the Holy Innocents Bears 43-0 in the season opener for Marist on September 11. 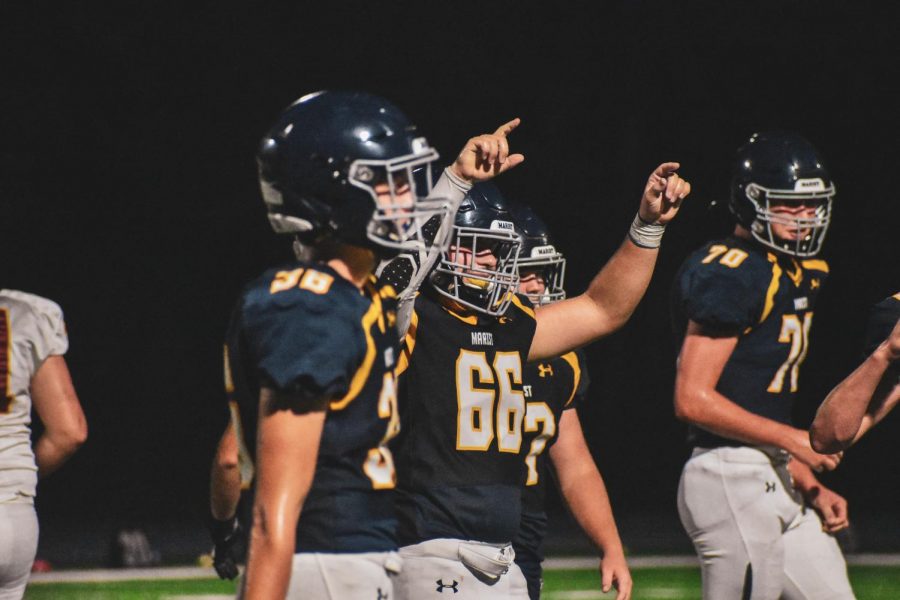 The band played the alma mater and just like that the first football game of the season kicked off. While many spectacles at the football game were different from years past, the feeling from the players, marching band, and cheerleaders radiated the same enthusiasm. The marching band worked hard over the summer to be able to play this season. The band was not allowed to play any instrument that required taking a mask off, so most of the band members learned to play a new instrument during band camp. The football players worked hard this summer and split up into groups to be able to go to the weight room and train. The cheerleaders have their matching masks and are not doing stunts this year but are still as cheerful as ever. While the stadium seemed eerily quiet without the usual student section, the Marist spirit remained present with the groups on the field.

For more photos from Maddy Djuric ’21, our very own Photography Editor, visit her website.