The Daily Does Not Define Us 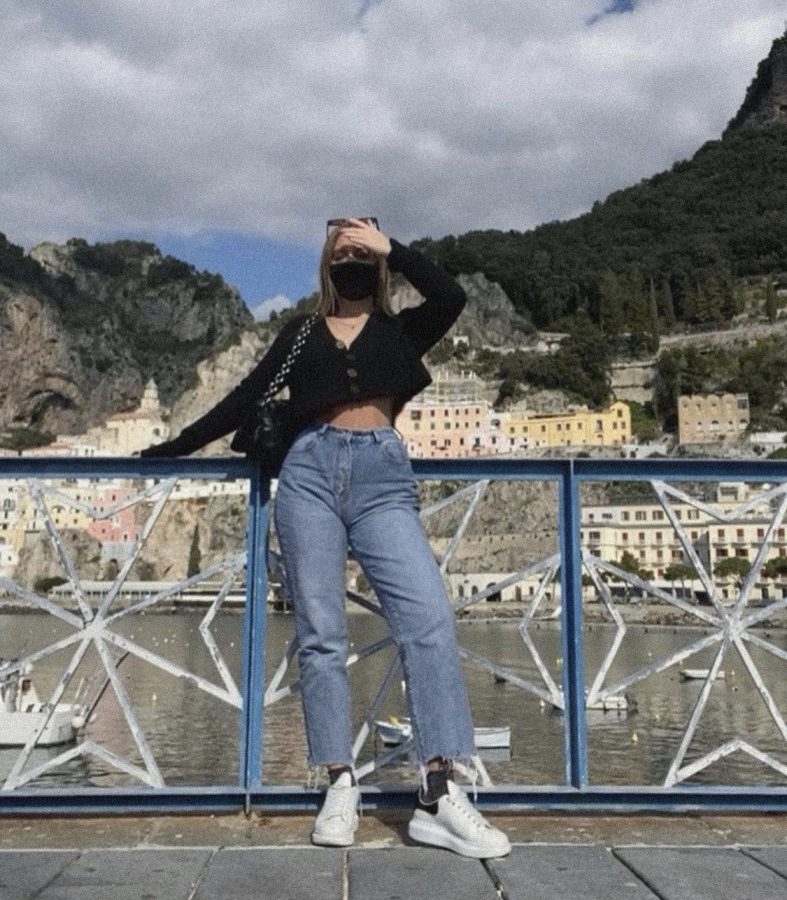 The school week is a mundane routine that all students share. It’s what we know. But what do we know of each other outside of this normality? Or even the little things within, that make a shared experience our own? We are all students, yet we are all something else too. One at a time, we can learn what makes us, us.

Sophia Cayce ‘22 wakes up at 6:45 every morning to get ready for school. “I convince myself that if I look less tired, I’ll be less tired,” she says. Usually, the toasty scent of homemade muffins whirls with the stronger aroma of espresso in Cayce’s car.

“Not many Marist kids drink espresso.”

Indeed not, since the two more appealing coffee dispensers in the cafeteria are filled with caramel mocha and french vanilla coffee.

And once again, unlike many Marist students who shuffle off to rehearsal or practice, Cayce leaves school right after the national anthem. Though there’s no meet or match to extensively prepare for the next day, she still fights a battle with fading time.

“My time is eaten up by homework,” said Cayce. But she unwinds first. Studying occurs after and prior to relaxation for the night. This sandwich-like method was a change for her from years past.

“I stayed up way too late. You learn as you grow, I guess,” said Cayce.

Once Cayce has consumed her work rather than it consuming her, she spends most of her free time with her mom. They eat dinner together every night and bond over tv shows, most recently “Schitt’s Creek.” About her mother, Cayce added, “She’s like a live-in best friend.”

Then morning arrives, and another Cayce awakes. Worldly, mature, and genuine.

Cayce likes makeup and baking. Though she “lost touch with [her] creative self” growing up, she enjoys the beauty in theatre and the art of makeup, for which she hones a talent for both.

Instagram is a form of self-expression for her. “The only way people could get a glimpse of who I was, or who I was becoming,” she says, “was through my daily Instagram stories.” She posts outfits, people, and things that make her happy, though still a bit wary of public perception.

She wishes people at school knew how much of a genuine person she is. Happy and self-assured are not the only two attributes to her.

“People are definitely aware of my high level of self-confidence but have no idea how long it took for me to achieve that,” said Cayce.

She notes that she was bullied throughout her youth, causing her to have trouble making friends.

“Luckily, at some point a switch flipped,” she said. Cayce grew to know her self-worth, and as she put it, “stopped letting other people define it.”

So, she defines it herself. She finds herself.

Cayce began to do so in Italy, with a simple question, or statement, really: “I am a 17-year-old girl from Atlanta who…”

She follows those three dots with a myriad of things.

Among them, Cayce is drawn to Europe, is obsessed with fashion but can’t afford her dream wardrobe, romanticizes her future without knowing what she wants to study in college, and has a passion for learning languages, all while striving to be a loyal, genuine friend.

Most importantly, however, Cayce has grown to be a person unconcerned with the public perception of her. “I love who I’m becoming,” she said. “The rest I’ll figure along the way.”

Though she has experienced change throughout the years, Cayce remarks that in adopting a school routine, there’s not much room for it at all.

“Every day is the same, every week is the same,” she pointed out. “I guess we’ll just keep plugging along in our little routine for the next seven months.”

Seven months is a long time. Long enough, repetitive enough, that it becomes easy to lose oneself within the routines that maintain it. But this daily life, without a doubt, does not define us. It definitely doesn’t define Cayce.