“Godzilla vs. Kong”: Bring the Action, Leave the Coherence 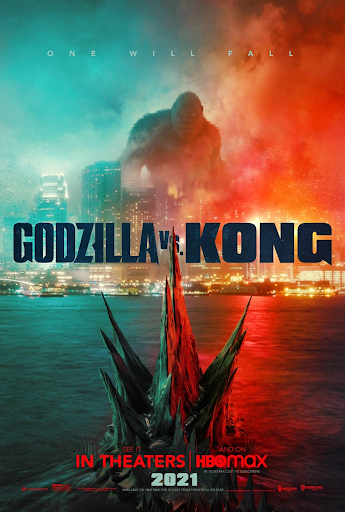 I think expectations are a good thing to have. You have some people that would prefer to not know anything about a movie before they experience it, which I completely understand. And then, you have people that would like to know what they’re getting themselves into. I fall into the second group. I’m not talking about “WandaVision”-like expectations where the entire fandom placed their own fan theories and ideas onto the show, thus ultimately hurting their experience with the show. I mean understanding and expecting what is promised from a film or TV show. So, when you think about a movie like “Godzilla vs. Kong,” it is important to note that what was promised was action and battles between Godzilla and King Kong. In that respect, this movie delivered. Immensely.

The film explores Godzilla, Kong, and a bunch of other human characters doing God knows what. I honestly don’t know if I would be able to tell you about most of the human characters. They were forgettable and mostly were only there to advance the plot and put Godzilla and Kong where they needed to be to fight each other. Ironically, the most memorable plot line for me was the seeming throwaway one with Brian Tyree Henry, Julian Dennison, and Millie Bobby Brown. You could tell as soon as they got together that “Yepp, this is the one where they’re pumping the jokes through and they really serve no purpose.” Henry was quite hilarious (he knew what movie he was in and he just went for it… full crazy), and honestly, Brown’s character was just a carry-over from “Godzilla: King of the Monsters.” And I didn’t even like that film. But the dynamic between these three characters was the most enjoyable for me after Kong and Godzilla.

The other plot-functionary storylines were not so memorable for me. I really didn’t understand what was going on until about halfway through the film (when they make the journey to the center), but again, that’s not what was promised. I could gripe all day about the plotting issues and thin character development (the villain character could’ve been spotted as a villain right away…there was no finesse), but in actuality, we all know that’s not what we watch this movie for.

We watch it for the fights. So, let’s get to it. 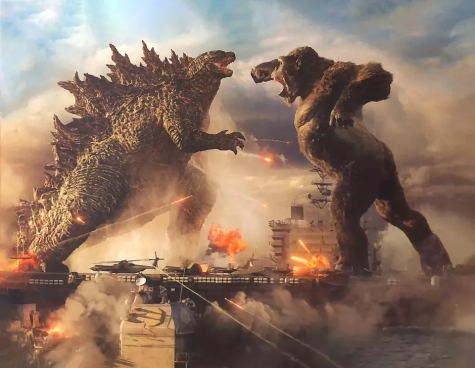 The fight scenes were the best parts of this film by miles, and I think it was really important that the filmmakers nailed these after they were botched in “Godzilla: King of the Monsters.” That film had similar problems, story or otherwise, to this one, but there was not enough substance to make those issues negligible. In this film, the fight scenes make watching the entire film, flaws and all, worth it. They are really entertaining and actually quite beautiful. This film borrowed a page from “Kong: Skull Island” and really had a strong use of color that made scenes pop well. The first Godzilla film in the series, “Godzilla” (2014), was, I thought, kind of dull. Same with the second one, but “Skull Island” and this film really made the effort to be visually appealing. The visual effects are great. Honestly, they are the best they’ve ever been in this series. The design and world-building of Hollow Earth is gorgeous, and the fight scenes look like they were choreographed so well. The audience I saw this film with really enjoyed it as well. People were clapping at the end of certain scenes, which doesn’t often happen, but I think people just haven’t been to a theater in so long that it was kind of cathartic in a way.

There is a winner in this battle, which has generated much debate. But, I think both Kong and Godzilla teams enjoyed it, regardless. I really watching the film. I would suggest, and only if you feel safe enough, to see this in a theater. The theatrical experience, especially with this film, just can’t be recreated in the same way at home. Again, only if you feel safe enough to go because we are still in a personal pan pizza, but I think it’ll be worth the trip.

Final Thought: Weak character development and an incoherent narrative are negligible in “Godzilla vs. Kong,” an action-filled popcorn flick that delivers on what it promised.

For more reviews, you can check out my site, onthereelwithandrew.com