Marist Students and Watching Sports: Here’s What You Need to Know 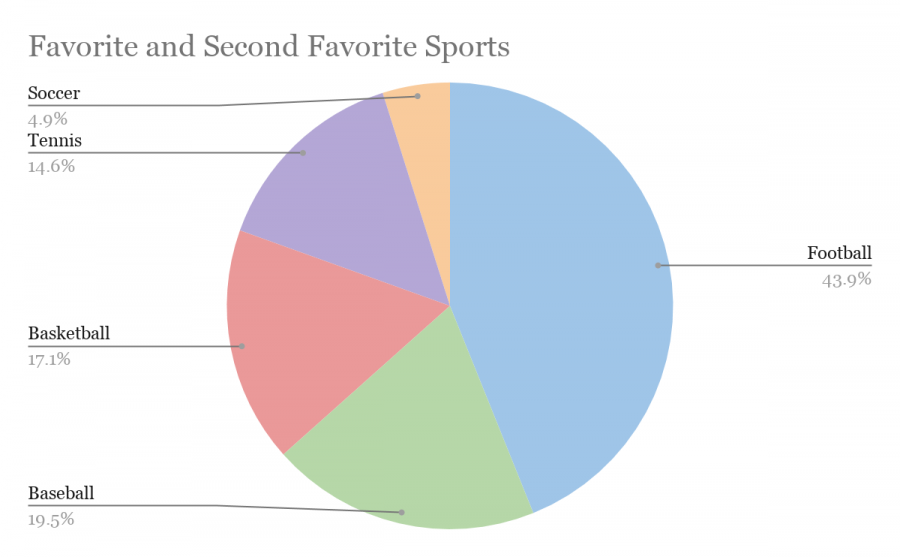 A pie chart describing the favorite and second favorite sports of surveyed Marist students, with football as the clear winner.

Watching sports means more to Americans now than it ever has. According to TeamRankings.com, Major League Baseball ratings alone have doubled since COVID-19 left Americans looking for something to occupy their time. For many, watching sports is more than just something to do. Viewers have an unbreakable dedication to their team, which people who don’t follow sports have a hard time understanding. But to sports fans, their team means everything. Marist students are no exception. Recently, I surveyed some of my peers about the sports and teams they watch.

With about three fourths of the votes, football is the clear favorite sport to watch amongst students. To sports fans, this is likely not a surprise. Students also typically prefer college sports over professional sports, although I’ve learned that baseball is an exception and students typically prefer the MLB over college baseball. The favorite teams for Marist students vary, but many are fans of our Atlanta and Georgia teams, including the Georgia Bulldogs, Atlanta Braves, Atlanta Falcons, and Georgia Tech Yellow Jackets. However, I conducted this survey before the Braves blew a 3-1 lead and lost their chance of going to the World Series this year, so I’m not sure Marist has as many proud Braves fans as before.

With that being said, watching sports and being dedicated to a team is even more than the exciting feeling of victory; it’s the memories made during these games. The list of memories Marist students have created through watching sports is endless, from cheering for our very own War Eagles to Gigi Glennon ‘23 watching the Georgia Bulldogs with family and freshman Ellie McKibben’s trip to Mercedes-Benz Stadium on Thanksgiving. For me, watching sports is a way to destress, and the feeling of anticipation about if your team will win is incomparable to any other feeling. I know my peers share this eagerness when watching their favorite team, and it is definitely one of many factors that connects us all as one Marist Fam. I hope that the next time you watch any sports game, you take a step back and think about the exciting feeling of watching your team and the connection you have with your Marist Fam.